Home > Blog > How I Got into Publishing

How I Got into Publishing 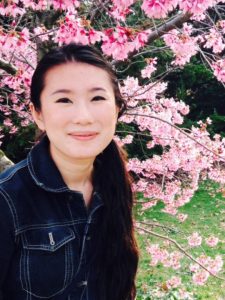 When I was looking for my first job, I’d ask as many people as I could how they got their start in publishing. I would collect stories from internship mentors, interviewers, people I met at networking events, whoever, in exchange for bright-eyed enthusiasm. As I found out, there’s no single path to publishing, but rather a network full of detours, twists, and forks that make up our small (yes, small) publishing village.

On the surface, my path seems straightforward. My junior year at Columbia, I joined my college’s alumna mentor program as I began pondering life after college. Since I specified that I was interested in publishing, I was matched with the excellent and wonderful Juliet Grames, now associate publisher of Soho Press. Juliet was invaluable to me. At her advice, I did three internships before graduating in 2010: at an agency, in children’s editorial, and in adult trade marketing. She introduced me to other people in publishing, and I lived in her spare bedroom in Harlem while job-hunting in New York.

But even on my networking-heavy path, there were divergences. Though I had loved books all my life, I didn’t even consider publishing a career possibility until I met Juliet. My Chinese immigrant parents had always encouraged me to go into a technical field, and for my first two years at Columbia I’d majored in environmental engineering. When I’d transferred to anthropology, I was met with confusion and anxiety. Less “What is anthropology?” and more “Can you get a job with that degree?”

Chastened but not surprised by this response, I decided to write my undergraduate thesis on books and the transformative power of reading and libraries in immigrant communities. Yes, I thought, I will use academia to validate my personal choices. I learned about Pierre Bourdieu’s forms of capital: cultural, social, and economic.

Looking back, I’m keenly aware of the opportunities I had as a Chinese-American woman–and the hiccups I had to overcome. A love of books is not enough to work in publishing. Some candidates can’t afford to accept an unpaid internship to get their foot in the door, let alone three. Some need to consider higher paying industries to pay off their loans or take care of their families. Others don’t live near New York, or have any publishing companies near them. And some, like me, never knew what publishing was until the “aha” moment when I realized that people worked to make this book I was holding in my hands. And these reasons are inseparably tied to diversity of race, ethnicity, class, geography, and more.

I am the sum of my acquired experiences by learning, reading, and talking to others. I keep an open mind about others’ paths–whether they came to publishing later in life, or after working in another industry, or moved from rural Missouri–knowing each one is equally valid and worthy. Through the efforts of CBC Diversity and a focus on diverse recruitment, I hope that publishing village turns into a metropolis.

Faye Bi works as a publicist at Simon & Schuster Children’s Publishing and Saga Press. She tweets at @faye_bi.