Progress! The “D” Word in Bologna 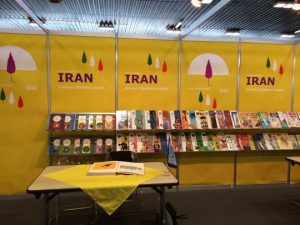 This post is only meant to be representative of my own personal experience—that of an editor of a small YA list at an indie press—working to sell rights at the 2015 Bologna Children’s Book Fair. It is wildly subjective, tainted by extreme bias (towards the “D” word of Diversity; capitalized for this post), and informed by very little time for reflection, spent almost exclusively stuffing my face with delicious food.

I found that the vibe was different in the best possible ways from 2014. For instance, whenever I discussed books involving LGBT characters, there was no mention of Diversity whatsoever. There was, however, plenty of discussion of the story, of the voice, of the surprises—the reason we all got into this business (I think/hope?) in the first place. The only time people brought up Diversity, in fact, was because of a fear of American cultural references that other markets might not understand. Some might have wondered why I was smiling when at first they essentially told me “not sure…?”  But (I think/hope?) I was persuasive in convincing them to give a read, at least.

Everyone I met with, across the board, pretty much looked like me. (All were better groomed; most were female.) But among American and European publishers and agents, there was homogeneity reminiscent of the minions from the Despicable Me franchise, who were also present.

Finally, apropos only of the current political climate, I stumbled upon this booth for the first time in my six years of going to the Bologna Book Fair. The publishers from Iran were mostly there to sell rights, like I was. The two representatives at the booth—one male, one female; neither who looked like me—were lovely and gracious. They weren’t interested in acquiring YAs, though; and to be fair, I was not interested in acquiring picture books. We wished each other well and looked forward to seeing each other next year.