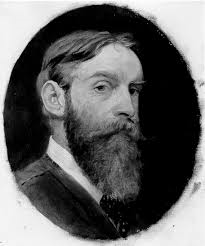 Caldecott moved to London in 1872 to work as a freelance illustrator. By 1878, he was an internationally respected picture book illustrator. Today Caldecott is widely considered the father of the modern picture book.

The Caldecott Medal was named in memory of the late illustrator, and is awarded each year by the Association for Library Service to Children, a division of the American Library Association, to the artist of the most distinguished American picture book for children. The recipients of the 2015 Caldecott Medal and Honors were announced in February.