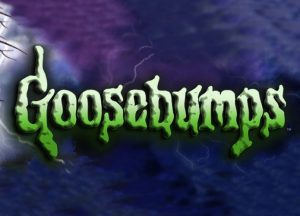 New York, NY – Scholastic, global children’s publishing, education and media company, is celebrating the October 16, 2015 release of the Goosebumps™ motion picture, based on the beloved Scholastic book series by R.L. Stine, with a frightfully-fun collection of new licensed products. The offerings include t-shirts, costumes, video games, novelty toys and more from leading U.S. manufacturers such as Rasta Imposta, GameMill Entertainment, SRM Idea Lab as well as Katalyst in Canada and, as part of a global deal, Cotton On, among many others. More than a dozen licensees have signed on to produce Goosebumps products in advance of the eagerly-anticipated feature film from Sony Pictures Entertainment. The movie stars Jack Black and is produced by Deborah Forte and Neal H. Moritz.

“Goosebumps is a vibrant brand with a deep foundation in publishing,” said Leslye Schaefer, SVP Marketing and Consumer Products, Scholastic Media, the media and entertainment division of Scholastic. “We’re very excited to be working with so many best-in-class companies that will introduce a wide array of products that give fans of every age the chance to ‘get Goosebumps’ and engage in fun new ways with the celebrated brand – around the movie premiere and for years to come.”

As licensing agent for the brand, Scholastic Media is working in tandem with Sony Pictures Consumer Products to assemble a range of Goosebumps movie licensees in an extensive list of product categories. New partners include:

Goosebumps® is the second best-selling children’s book series of all time, now with more than 400 million books in print, 350 million in English and another 50+ million internationally in 32 languages. Goosebumps has been a powerful force in children’s lives for decades, making voracious readers out of reluctant ones. The popular books spawned a highly-rated live-action television series produced by Scholastic Media that first debuted in 1995.

The brand’s popularity with both girls and boys has produced demand for product and content across numerous categories, including streaming video on Netflix in the U.S., Canada, UK, and Ireland; digital downloads on iTunes and Amazon Instant Video, among other platforms; DVDs from Fox Home Entertainment; as well as costumes, t-shirts and more. Together, the books, TV series and licensing activity have made Goosebumps a full-fledged pop culture phenomenon.

About the Film Goosebumps
The famous writer R.L. Stine (Jack Black) is the master of all things creepy and mysterious as the author of the best-selling Goosebumps book series. His new neighbor is Zach (Dylan Minnette), a normal teenager dealing with life in a new town, who finds himself falling for Hannah (Odeya Rush), Stine’s daughter. As Zach starts learning about the strange family next door, he soon discovers that Stine holds a dangerous secret: the creatures that his stories made famous are real, and Stine protects his readers by keeping them locked up in their books. When these terrors are unintentionally released, it’s up to Stine, Zach and Hannah to get Stine’s most famous creations, including Slappy the Dummy, the girl with the haunted mask, the gnomes and many more, back in the books where they belong. Directed by Rob Letterman. The screenplay is by Darren Lemke and the story is by Scott Alexander & Larry Karaszewski, based on the Goosebumps book series published by Scholastic and written by R.L. Stine. The producers are Deborah Forte and Neal H. Moritz.

About Scholastic Media
Scholastic Media, the entertainment and media division of Scholastic, is a leading producer of quality, family-oriented content across multiple platforms, including film, television, video, mobile and web, and is a major developer and marketer of children’s brands worldwide. Among its award-winning and top-rated television productions are the animated series WordGirl®, Clifford the Big Red Dog®, The Magic School Bus®, and I SPY™as well as the live action shows Goosebumps® and Animorphs®. Visit www.scholastic.com and mediaroom.scholastic.com for additional information.