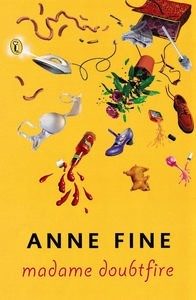 “Menken, a Tony winner for Newsies and an eight-time Oscar-winner for songs from the films The Little Mermaid and Beauty and the Beast (among many others), will write the music, with Zippel, a Tony winner for City of Angels, pens the lyrics. Fierstein, who worked with Menken on the stage version of Newsies and played Frank Hillard in the film version of Mrs. Doubtfire, is reportedly crafting a book based on Randi Mayem Singer and Leslie Dixon. Mrs. Doubtfire tells the story of a divorced dad who starts posing as a proper British nanny in order to remain close with his three children.” (TheaterMania.com)