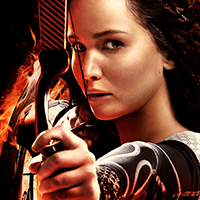 Katniss Everdeen, the heroine of Suzanne Collins’ Hunger Games trilogy, snatched the No. 7 spot. The memorable “three-fingered salute, used in Mockingjay as a signal of rebellion against the Capitol, has become a rallying symbol among pro-democracy protesters in Thailand and Hong Kong.” (Time)