Home > Blog > Sotheby’s to Auction Off a…

Sotheby’s to Auction Off a ‘Winnie the Pooh’ Illustration 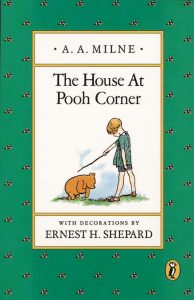 “The illustration featured in AA Milne’s book The House At Pooh Corner. It accompanied the closing scene of Chapter 6, ‘in which Pooh invents a new game and Eeyore joins in.’ The three characters stand on the Poohsticks bridge as the mood changes from the high excitement of their new game to a more wistful atmosphere.” (The Guardian)