Michael Bond to Appear in a Cameo For the Paddington Movie 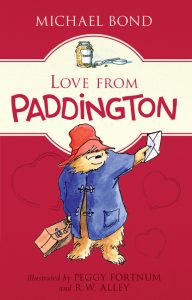 “The author has just produced the first Paddington novel to be written in the bear’s own voice. Love From Paddington is a series of letters written to his aunt Lucy in darkest Peru detailing his adventures in London.” HarperCollins will release this book for U.S. readers on December 23, 2014. (BBC News)