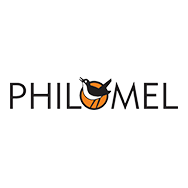 New York, NY — Penguin Young Readers imprint, Philomel Books, has acquired the sequel to The Day the Crayons Quit, the #1 New York Times bestselling picture book by Drew Daywalt and illustrated by Oliver Jeffers. Set for publication in August 2015, The Day the Crayons Came Home will again star the crew of disgruntled crayons. This time the crayons discover that there are more serious problems than being overworked — like being broken, chewed on, or left behind!

“It’s gratifying to see the Crayons finally getting their due, yet many revealing tales remain untold,” said Michael Green, President and Publisher of Philomel Books. “I have a feeling every child, crayon, and crayon activist will be inspired by this latest tale of artistic heroism.” Green brokered the deal for world rights with Steven Malk of Writers House (representing Daywalt) and Paul Moreton of Bell, Lomax, Moreton Agency (representing Jeffers).

With over 1 million copies in print, a year spent on the New York Times bestseller list, and now a film in the works with Universal Pictures, The Day the Crayons Quit continues to attract fans nationwide. The announcement of a sequel follows September’s month-long campaign led by Penguin Young Readers to support the Crayons’ strike; across the country, bookstores, schools and libraries rallied behind the Crayons on National Quitting Day, staging events and holding up signs in protest. The book’s creators Daywalt and Jeffers appeared at Barnes & Noble locations on both coasts to announce the Crayons’ decision to fans.