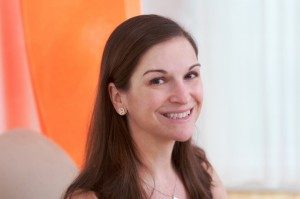 New York, NY — Viking Children’s Books, an imprint of Penguin Young Readers Group, is pleased to announce the release of a new novel  by Sarah Dessen, the New York Times bestselling author who The Los Angeles Times called “a rock star in young adult fiction.”  Ken Wright, Vice President and Publisher of Viking Children’s, negotiated the deal for world rights with Leigh Feldman of Writers House. Regina Hayes, Editor-at-Large with Viking, will edit. SAINT ANYTHING will hit shelves in 2015.

Sarah Dessen’s twelfth novel is the story of Sydney, a girl dealing with the fallout from her charismatic older brother’s imprisonment and searching for her own place in the family and the world. When she

meets the chaotic, but warm and loving Chatham family, and becomes involved with Mac, the caring and protective older brother of the family, Sydney feels seen – really seen – for the first time.

“We are thrilled to be publishing Sarah Dessen’s twelfth book,” said Regina Hayes. “You can depend on Sarah for excellent writing, strong, relatable characters, and plots that feature absorbing, real-life situations.”

Sarah Dessen says, “This book has a bit of everything I love to write about: the joy and complications of family, first love and how one friend can sometimes change everything. I’m so excited for next summer, when I can finally share it with my readers. It’s going to be hard to wait!”

Sarah Dessen is the author of eleven previous novels, among them the New York Times bestsellers The Moon and More, What Happened to Goodbye, Along for the Ride, Lock and Key,Just Listen, The Truth About Forever, and This Lullaby. Her books are regularly chosen for the Teen Top Ten list and named as Best Books for Young Adults. Her first two books, That Summer and Someone Like You, were the basis for the movie How to Deal, which starred Mandy Moore. Dessen is popular all over the world; her books have been translated into twenty-five languages. She graduated from the University of North Carolina at Chapel Hill with highest honors in creative writing. She lives in Chapel Hill with her husband, Jay, and their daughter, Sasha Clementine. Visit Sarah at www.sarahdessen.com.

Viking Children’s Books, established in 1933, is a hardcover division publishing approximately 50 books a year. It is known for its classic backlist which includes Madeline, Corduroy, Make Way for Ducklings, and Pippi Longstocking, bestselling authors Sarah Dessen, Laurie Halse Anderson, and Anna Dewdney, its many award-winners including Simms Taback’sJoseph Had a Little Overcoat and Elizabeth Partridge’s Marching for Freedom, as well as for publishing such groundbreaking titles as The Snowy Day, The Outsiders and The Stinky Cheese Man.