How Long Does it Take to Learn to Read? 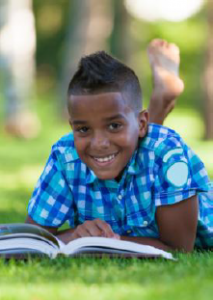 “All average readers, the subjects wore noninvasive electrode caps that could swiftly pick up electrical activity in the brain. They were shown strings of letters/symbols that fell into four different categories: words (“bed”); pseudo-words (“bem”); strings of letters (“mbe”) and finally, strings of meaningless symbols (@#*). The researchers then observed the subjects’ brains as they reacted, within milliseconds, to each kind of stimulus. The children in the study handled the first three categories roughly as well as the college students, meaning their brains responded at a speed that suggested their word processing was automatic.” (NPR)