‘The Kite Runner’ and ‘Chinese Handcuffs’ Challenged in Wisconsin 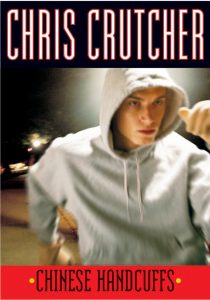 NEW YORK, NY – The Kids’ Right to Read Project (KRRP) of the National Coalition Against Censorship (NCAC) and partner organizations has expressed concern over a challenge to The Kite Runner by Khaled Hosseini and Chinese Handcuffs by Chris Crutcher and the request from one parent that both novels be removed from the district’s libraries in Waukesha, WI.

KRRP’s letter to the Waukesha superintendent and the Consideration Committee (read here), explains that a parent objected to the “descriptions of violent acts and sexual content” present in both novels, which she believes is suitable for adults only. The letter maintains that the parent “is, of course, entitled to her opinion about the book; however, her opinion does not provide adequate grounds to justify the book’s removal.” Rather, KRRP believes that a review of the novels by the Consideration Committee should “reveal that both books have substantial educational and literary value for high school students.”

This is not the first time that the Waukesha School District has been involved in a book challenge this summer (read here). John Green’s Looking for Alaska came under scrutiny when a parent complained that the profanity, drug use, and sex present in the book was “not suitable for teenagers.” On July 25, the district voted unanimously to retain the book.

The letter this time cites a review published by the National Council of Teachers of English (NCTE), which hails The Kite Runner as a “tale that includes some of literature’s and life’s greatest themes—love, honor, guilt, fear, and redemption.” Chinese Handcuffs also “deals with issues of family, friendship, self-discovery, pain and loss—issues that many teenagers are dealing with themselves.” KRRP attests that Handcuffs is recommended by NCTE for students age 13 and up and “corresponds to the intellectual and emotional level of readers in that age group…”

Citing numerous Supreme Court decisions that protect the exchange of ideas and First Amendment rights, KRRP emphasizes the particular constitutional duty of school libraries, which, unlike classrooms, have “a special role…as a place where students may freely and voluntarily explore diverse topics.” KRRP affirms that “exclusions of literature with sexual content and depictions of violence would strip the educational program of classical literature such as the Iliad, Agamemnon, and Macbeth…” If courts mandated that school boards cater to every diversity of opinion, then the aftermath “would leave public schools in shreds.”

Ultimately, KRRP wants the Waukesha School District to remember that “Decisions about instructional materials should be based on sound educational grounds, not because some people do or do not agree with the message or content of a particular book.” Parents “are not entitled to impose their view on others, or to expect school decisions to be based on their views or sensitivities.” KRRP is confident that the Waukesha School District, just as they did with Looking for Alaska, will demonstrate their commitment to constitutional and educational principles that serve the interest of both the district and its students by voting to retain both The Kite Runner and Chinese Handcuffs.

The Kids’ Right to Read Project is a National Coalition Against Censorship signature project that is supported by the American Booksellers Foundation for Free Expression, Association of American Publishers and the Comic Book Legal Defense Fund. They were joined on the letter by the National Council of Teachers of English, PEN American Center, the Society of Children’s Book Writers & Illustrators.

Celebrating its 40th anniversary, the National Coalition Against Censorship promotes freedom of thought, inquiry, and expression and opposes censorship in all its forms. Our diverse coalition of over 50 national organizations, representing the artistic, educational, religious, and labor communities, join together in the interest of protecting First Amendment rights. Learn more about current campaigns at http://ncac.org