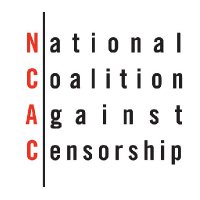 NEW YORK, NY – Eight organizations concerned about free speech and education are inviting high school students in Delaware to write a 250-500 word essay saying what they think school board members should know about Emily M. Danforth’s YA novel, The Miseducation of Cameron Post, before deciding whether it should be removed from a school reading list. Students entering the contest can get a free copy of the book at Rehoboth Beach bookstore, Browseabout Books. The contest follows the Cape Henlopen school board’s decision to eliminate the entire summer reading list for incoming students at Cape Henlopen High School, in response to the controversy generated by its earlier decision to remove the book from a list of optional summer reading choices. The Miseducation of Cameron Post was one of 10 books on the Blue Hen List, books recommended by librarians from across the state of Delaware. In Mid-June, the Cape Henlopen board voted 6-1 to remove that one book, ostensibly because it contains profanity.That decision drew considerable local and national concern, including letters from the contests’ sponsors (read online: National Coalition Against Censorship and Delaware Library Association). Rather than reinstate the book, last week the board voted  6-1 “to return to the district’s previous summer reading requirements, which demand college preparatory students read one book for the summer and honors students read two books,” according to Delmarva Now.“Eliminating the reading list entirely also eliminates the potential benefits of having students reading and discussing books together,” said NCAC Executive Director Joan Bertin. “In addition to calling attention to book banning in schools, this contest encourages students to read a book as a community, and to think critically about that experience.”The essays are due September 1st, and the winners will be announced during Banned Books Week (September 21-27). Students can obtain a free copy of Cameron Post from Browseabout Books by presenting a student ID from a Delaware high school.The prizes are: $250 for First Place, $150 for 2nd Place and $100 for Third Place. Winning essays will also be published on NCAC.org.The contest is sponsored by the National Coalition Against Censorship and is co-sponsored by American Booksellers Foundation for Free Expression; American Civil Liberties Union of Delaware; Association of American Publishers; Comic Book Legal Defense Fund; Delaware Library Association; PEN American Center; and Society of Children’s Book Writers and Illustrators, in collaboration with Browseabout Books.Balzer & Bray, a division of HarperCollins Publishers, is generously donating copies of The Miseducation of Cameron Post. Details for the contest can be found online at http://ncac.org/cameron-post-essay-contest.