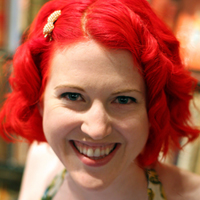 In addition, Perkins has put together a special tote bag of goodies that will be awarded to twenty-five winners from each store. To entice readers even further, a five-chapter excerpt from the book has been posted online.

“To reach Perkins’s online followers, a team of thirty carefully selected superfan bloggers has been enlisted to help spread the word. Grouped under the hashtag #ReadISLA, a series of interactive activities – including a read-along and discussion of the first two books, and contest giveaways – will roll out on their sites week-by-week until Isla is released. Since the bloggers began in earnest two weeks ago, on July 7, the hashtag has generated more than two million impressions across all social media channels.” (Publishers Weekly and The Stephanie Perkins Blog)