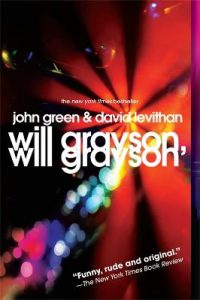 Readers will soon get all the details about Tiny’s theatrical creation in David Levithan’s forthcoming project, Hold Me Closer: The Tiny Cooper Story. The book itself will be written in the format of a script with stage directions and the background material. A release date has been scheduled for March 2015.

During an interview, Levithan explained how he got the idea for this book. “It began within Will Grayson, Will Grayson when the Tiny Cooper musical became a major if not the major plot point of the whole book. Certainly, John and I had a whole lot of fun making our tongue-in-cheek musical numbers for it. Almost as soon as we were done, I said to John that I’d love for this musical one day to really be a musical and for us to flesh it out.” (Entertainment Weekly)