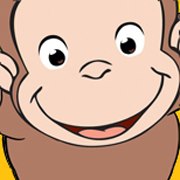 Tribal Nova™, a Houghton Mifflin Harcourt™ company and developer of the award-winning PBS KIDS PLAY!®, today announced the launch of Curious George and the Firefighters by iRead With for the iPad®. The fourth title in the iRead With™ series marks the beloved monkey’s first foray into the world of digital shared reading, designed to foster language development in children ages two to five.

As readers join Curious George® on a field trip to the firehouse, the interactive app encourages a participatory reading experience for both parents and children. Context-related questions and hints pop up to encourage dialogue and closer reading, words and images come alive with sound and animation, and children can build and narrate their own stories with stamps, sounds, and their own voice recordings. As children are prompted to actively participate, they develop vocabulary, literacy skills, phonological awareness, narrative skills and comprehension strategies.

“We are thrilled to introduce one of the world’s most iconic children’s characters to the iRead With series,” said Gary Gentel, President of Trade & Consumer Publishing at Houghton Mifflin Harcourt. “Curious George and the Firefighters by iRead With allows parents to bring research-based educational principles into the home in a fun and interactive way. By encouraging children to embrace their curiosity and more actively engage in reading, iRead With supports HMH®’s mission to foster passionate learners of all ages.”

The participatory iRead With method is the result of two years of formative research and collaboration between Tribal Nova and McGill University. The first three titles in the series, Caillou: What’s That Funny Noise?, Caillou: Show and Tell, and Caillou: My First Play, feature Caillou, the popular character from the PBS KIDS television show, in everyday situations and settings that resonate with children.

The app is available for iPad in English, French, and Spanish. To celebrate the launch, Curious George and the Firefighters by iRead With will be available on the App Store℠ at a reduced price of $1.99 for a limited time. Visit YouTube to watch a demo of the app or www.ireadwith.com to learn more.

About Tribal Nova, Inc.
Tribal Nova, a Houghton Mifflin Harcourt company, is a leading developer and publisher of educational programs, games, and apps for young children. Tribal Nova products feature many favorite children’s TV characters and can be accessed across several platforms, including online and on tablet and mobile devices. The company publishes the iLearn With educational program for tablets and touch devices played by millions of children across the globe. Tribal Nova also operates the PBS KIDS PLAY! online service in partnership with PBS, as well as Bayam in partnership with Bayard. For more information visit http://www.tribalnova.com.

Curious George was first published by Houghton Mifflin in 1941 and for over seventy years has been capturing the hearts and minds of readers young and old throughout the world. Books about Curious George, including the seven original stories by Margret and H. A. Rey, have sold over 75 million copies. As one of the most recognizable characters from children’s literature, Curious George has been featured in a public service advertising literacy campaign and was inducted into the Indie Choice Book Awards Picture Book Hall of Fame. In addition, Curious George stars in the Emmy-winning PBS television series of the same name and has starred in two full-length movies, Curious George and Curious George 2: Follow that Monkey! HMH regularly publishes dozens of new Curious George adventures in both digital and a wide range of print formats, with new titles released almost every month. For more information, visit www.curiousgeorge.com.