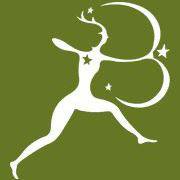 Bloomsbury Children’s is thrilled to announce the acquisition of World English rights for The Mercy Rule, the debut young adult novel from Jeff Giles, as well as its untitled sequel. The two books were acquired at auction in a major deal brokered by Jodi Reamer at Writers House to Cindy Loh, Publishing Director for Bloomsbury Children’s Books in the US.

“The Mercy Rule daringly straddles the line between realistic fiction and fantasy—the kind of book that takes hold of you and never lets go,” says Loh. “Jeff is an incredibly gifted storyteller and we knew from page one that this was a project to support in a big way. We have ambitious plans for Jeff and his stunning new series.”

In The Mercy Rule, Giles weaves a haunting and unique fantasy with the heart-wrenching lesson that you can’t truly love someone until you’ve faced your demons. When a teenaged girl trying to solve the mystery of her father’s disappearance meets a bounty hunter trying to escape the Lowlands (aka Hell), the result is a gripping and unforgettable star-crossed romance that will leave readers breathless with anticipation for the sequel.

Giles is already a major player in the entertainment world, having just left his position as Deputy Managing Editor at Entertainment Weekly where he oversaw all coverage of movies and books and made the magazine a go-to destination for fans of YA fiction.

“Jeff Giles is a major new talent and I’m thrilled that Bloomsbury will be working with him to make this a global bestseller,” adds Rebecca McNally, Publishing Director for Bloomsbury’s Children’s Books in the UK. “The Mercy Rule is astonishingly vivid and immediate writing that mercilessly grabs readers and makes you feel every heart-stopping, blood-curdling moment of fear, trepidation and thrilling excitement with Molly.”

The Mercy Rule will be published worldwide in early 2016 and Bloomsbury will support the publication with a significant global marketing and publicity campaign.

Jeff Giles was most recently the Deputy Managing Editor at Entertainment Weekly. Prior to EW, Jeff was a writer-editor at Newsweek, where he profiled dozens of authors, musicians and movie stars. Jeff has been a contributing editor at Rolling Stone and written for The New York Times Book Review and the Daily Beast, among other places. He has won a MIN profile-writing award and a feature-writing award from The Deadline Club. Jeff has also moderated a panel with Peter Jackson and James Cameron in front of an audience of 6,000 at Comic-Con. He teaches an annual course in arts writing at N.Y.U.’s graduate school of journalism.