CBC Diversity: Mark von Bargen — How I Got into Publishing 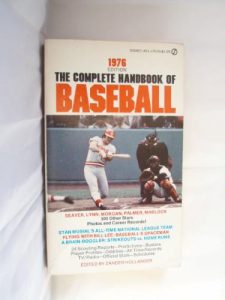 Senior Director of Trade Sales for Children’s Books at Macmillan

Growing up in South Jersey, my dream was to work in a record store. Remember those? Specifically, the Wee Three Record store in the Moorestown Mall. The closest I ever got was a summer job at Kay-Bee Toys. Going to the mall in those days was THE EVENT. First with your parents, hoping you’d be able to spend time in YOUR stores, and then getting a little older, riding your bike across forbidden busy roads to get to … THE MALL. Wee Three wasn’t a great store if you compare it to bigger brothers like Sound Odyssey and the epic Tower Records in Philly, but it was ours. This was the place my friends and I would go to get the music we loved to hear on FM radio. Among the other stores in that mall was a little shop at the Sears end called, appropriately, The Book End. They had a robust selection of my favorites: Mad Magazine books, Beatles books, and Zander Hollander Baseball Annuals. I never thought about working there. It all seemed too intimidating.

Flash forward to the late 80s. Armed with a History degree from Rutgers, I was living in Philadelphia and needed to get a GRE test book.  I went to the Encore Books store in Rittenhouse Square. This was a beautiful split-level store in Center City. They had everything. They had the Barron’s book I needed. They had a sign in the window for their Management Trainee Program. They also had a beautiful girl working behind the counter with a Welsh accent. I was interested in all of the above. The Management Trainee program sounded great, especially if it would help me on the Welsh front. I had lots of questions about the job, most of them revolved around whether this would be in the same store.  Answer:  “For now, yes, but there is an opportunity to work in lots of stores!”  Who wanted that?  I got the job, worked there for a month, and was transferred to the store in North Philly on … Welsh Road. Oh, the irony. My Book End feelings re-surfaced. It was intimidating at first, especially dealing with customers. I was amazed at how the staff knew every book that was in their store. And where it was! After a while, I also became versed in what we had, down to the exact shelf. Something about working 50+ hours a week will do that to you. The other part of working in a store that impressed me was that our store was like a little library. Whatever subject you were interested in, we had something there. I loved that feeling. The store was like our home. We could also order books to build up certain sections, but they had to be sections that were popular. We had a lot of fun building up our Science Fiction, True Crime and Romance section. Fantasy, Sex and Violence was in the air. And it was selling. I worked at Encore for six years, moving up to store manager and then spent 2 years on the road as a merchandiser setting up new stores. Looking back, I have many fond memories of those days, except for the awful maroon aprons they made us wear. Flash forward to the mid 90s.  Unloading trucks in the rain, covering absentee shifts on Friday nights, and wearing maroon aprons can get tiring after a while. Some of my friends had made the big time, and worked at … Baker & Taylor. Cue the angel music. The more I heard about THAT, the better it sounded. No more straightening the computer book section at 10PM. No more counting out the cash register. Weekends off! In the fall of 1994, I got a job as a book buyer at B&T. I would be buying the new titles and reordering books for their warehouses. At first, I was given a handful of smaller presses to manage. I suppose they wanted to limit the damage I could do.  I embraced the sales patterns of Michelin Travel Guides, Van Nostrand hair cutting manuals, and Latino fiction of Arte Publico Press.

Over the next four years, I moved on to buying more favorites that included Random House, FSG, Hal Leonard Music Books and Viking Penguin. The more I heard about the stories behind the books’ creation, the more interested I was. One of our reps recommended a new job at Holtzbrinck Publishers selling TSR. TSR? You mean Dungeons and Dragons? Yep. The game manuals and the novels. Game on. Why not? I came into the Flatiron Building in New York on a hot May day in 1999. I misjudged the subway time, arrived late, and thought that walking up to the 12th floor would be faster than waiting for an elevator.  I arrived sweaty, out of breath, and dis-shelved. Talk about making a good impression. I remembered how well those fantasy books sold back in the Welsh Road days and was hoping to be able to be a bigger part of their success “further up-stream”.  I got the job and have since moved on to specialize in Children’s books. I feel very lucky to be working with such smart, creative, and fun people.

I occasionally go back to the mall near my parents’ house. Wee Three is gone. The Book End is gone.  Encore is gone. The aprons are gone. Things change. But, storytelling and publishing always go on …