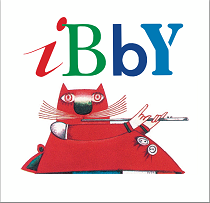 Six authors and six illustrators have been selected from 58 candidates submitted by 33 national sections of IBBY for the 2014 Hans Christian Andersen Award.  The award, launched in 1958, is considered the most prestigious in international children’s literature.  It is given biennially by the International Board on Books for Young People to an author and illustrator whose complete works have made lasting contributions to children’s literature. The winners will be announced Monday, March 24 at the Bologna Children’s Book Fair.

The six short-listed authors in alphabetical order are:

The six short-listed illustrators in alphabetical order are:

A full list of candidates can be found at www.ibby.org.

The International Board on Books for Young People (IBBY) is a non-profit organization that represents an international network of people from all over the world who are committed to bringing books and children together.  It represents countries with well-developed book publishing and literacy programmes, and other countries with only a few dedicated professionals who are doing pioneer work in children’s book publishing and promotion.