Home > Blog > Zareen Jaffery: How I Got…

Zareen Jaffery: How I Got into Publishing 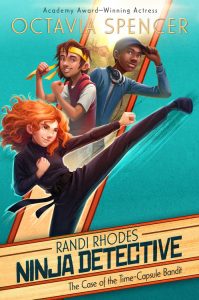 The day I got my first interview in publishing, I was kind of a disaster. I really wanted to be an editor—or at that point, an editorial assistant. I wasn’t thinking as far ahead as editor since I could barely get my foot in the door.

From the outside, publishing can seem like an insular industry, where entry-level employees are hired based on who they know—whether through personal connections, internships, or a graduate level publishing course. And certainly, people do get hired via those methods. I had none of those things, and really worried that I wouldn’t be able to get hired because I wasn’t connected enough.

I’m one of those people who has a hard time asking for help, and really what I should have done is get in touch with my college professors—some of whom were published authors and undoubtedly knew editors and agents—and ask for introductions. My shyness kept me from doing that.

So I dutifully sent my resume to publishing houses and magazines (I was interested in both at that point) via their online job listings. I’d been temping at an investment bank in the HR department for several months, and there was a moment where I could have stayed on there full-time, but I knew that I needed to at least try to work in publishing, or I would always regret it. After all, I had a real love of reading, and nothing resembling even liking for either investment banking or human resources. Finally, I got two interviews scheduled for the same day: Scientific American magazine, and Harlequin.

The Scientific American interview was first. And, boy, did I bomb that interview. I was incredibly nervous, had put way too much pressure on myself, and ended up getting so tongue-tied, I was barely coherent.

When I left their office, I was pretty much in tears from being disappointed in myself. But I wiped those away and gave myself a Stuart Smalley-esque pep talk as I walked over to Harlequin.

And it worked! The interview went great and I left with a manuscript editing test which I knew I would rock. My first job in publishing became editorial assistant at Red Dress Ink, a division of Harlequin that was focusing on the then-burgeoning chick-lit trend.

From there, I moved around quite a bit—eventually moving from editing chick lit and romance, to a house that focused mainly on non-fiction and commercial fiction. About five years in to my publishing career I realized my real love was children’s books. This was not solely because of the Harry Potter phenomenon (though that helped!). My brother, who was in high school at the time, handed me a book he’d had to read for school that he thought I’d like. It was Laurie Halse Anderson’s Speak. I loved it. It was so exquisitely written and moving. So I started reading everything YA and middle grade I could get my hands on. And even ended up co-writing a YA novel with a friend of mine.

When a position opened up at HarperTeen, Farrin Jacobs, a friend and former colleague of mine from Harlequin was working there. I expressed interest and interviewed with several people before I got the job. My knowledge of (and enthusiasm for) the books that were being published, and networking with kids lit editors and agents, helped my case. What people don’t tell you about publishing is that more than half your job requires being social—this is an industry based on relationships. Those “connections” I had been afraid of before I started my career were more about having people vouch for your work ethic than about nepotism. And every job I’ve gotten since Harlequin, I’ve gotten the interview through people who I’ve worked with.

Also, in making the transition from adult books to kid’s book, I think it was tough to bring someone in who hadn’t “grown up” in children’s publishing. It really is a different world from adult publishing—though there is now more overlap thanks to so many adults reading YA fiction in the post-Twilight years.

Moving to children’s publishing was the best career decision I’ve ever made. There is something so special and rewarding about publishing books that may help spark a kid’s lifelong love of reading.

I’ve been at Simon & Schuster Books for Young Readers for three years, and have had the opportunity to work on some amazing books. My role focuses on commercial fiction and non-fiction, so the books I bring in have to appeal to a wide audience. I’ve been lucky enough to work on several books that feature diverse characters, or are written by writers of color. Most recently, that list includes Octavia Spencer’s middle grade series, Randi Rhodes, Ninja Detective and the soon-to-be-published teen novel, To All The Boys I’ve Loved Before by Jenny Han. And I’ve been honored to work on two memoirs, The Pregnancy Project by Gaby Rodriguez and Hidden Girl by Shyima Hall. I look forward to publishing many more!