Harriet and Scout: “How To Be a Good Bad American Girl” 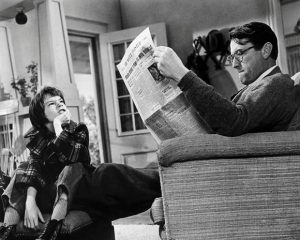 “The story of a six-year-old girl observing the oppressive racial politics of the fictional Maycomb, Alabama, in the nineteen-thirties may not seem to much resemble that of a sophisticated, eleven-year-old Upper East Sider taking notes on the petty social mores of her peers in the nineteen-sixties. But the books share thematic concerns—concepts of truth, justice, and self-actualization—as well as a number of details…Both are rough-and-tumble, foulmouthed, mostly male-identified girls who are fascinated by the people in their neighborhood, and both butt up against expectations of their gender—“I’ll be damned if I go to dancing school!” Harriet bellows at one point. And each book argues for authentic expression in favor of fealty to convention.”