CBC Diversity 101: Religion in YA 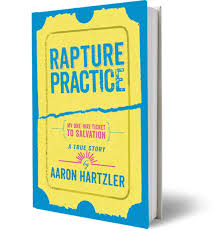 Every six months or so, I see an essay devoted to the absence of religion and characters of faith in young adult literature. Google “religion in YA” and you’ll see plenty of posts which rightly address the fact that only a small percentage of the books marketed to teenagers by major publishers include any reference to religion. Most of these are consistently found in historical fiction.

Studies show that a lack of religious content in YA books is not due to a lack of adolescent interest in matters of faith. According to Soul Searching: The Religious and Spiritual Lives of American Teenagers (2005, Oxford University Press), 60% of teens say that religious faith is an important part of their lives, and 40% pray every day. Thirty-five percent attend weekly services of some kind, while another 15% go to church at least once a month. One in four report that they are “born again.”

I know these facts to be true—not only from survey data, but from personal experience. I grew up in the Midwest, the oldest of five in a fundamentalist evangelical family. Two weeks before graduation, I was kicked out of my Christian high school. Recently, I wrote a YA memoir about that experience for Little, Brown called Rapture Practice.

Religion was not simply a part of my life as a teenager, it was the major player. My dad taught at a Bible college and preached around the country. We believed that our friends and neighbors were doomed to spend an eternity in a literal hell if they didn’t come to believe as we did.

During my teen years doubts about the religion to which my family subscribed grew deafening. My faith ran up against the brick wall of some questions regarding my sexuality that I wasn’t even fully prepared to ask until I got to college. All I could admit to myself back then was an increasing awareness that my life would not look like the life my parents had imagined for me.

Even this brief description of my personal experience with religion points out what a tricky thing it is to write teen characters dealing with faith. Much ink has been spilled over the absence of faith in YA lit, and theories abound as to why that is.

I’d like to address not the “why” but the “how” of writing about religion for young adults. How do we keep it balanced and fair? How do we make sure that references to faith and religion are a function of character and story instead of the other way around?

Stereotypes & What I’d Like to See More Of (aka a book that handles this well).

The best advice my friend A.S. King ever gave me about writing was that on the page, “Fundamentally, we deliver ourselves.” Religion, belief, faith (or the lack of it) are subjects that an author cannot help but write from a personal perspective. In that sense, there’s no “wrong” way to include religion in a book—as long as the structure and tenants of good storytelling are in place.

Here are five common stumbling blocks I’ve seen when it comes to writing about religion for teens, and a corresponding book that I think pulls it off with flying colors.

1.    Not all religious people are anything.

Not all religious people are hypocrites. Some, like my parents, actually believe the things they say they believe, and practice what they preach. Not every Reverend is the cosmic kill joy John Lithgow played in Footloose, nor is every pastor’s daughter a nymphomaniac. However, if it’s true that the only man who could ever move you “was the son of a preacher man,” then that’s a perspective from which you can write a story.

In Sara Zarr’s What We Lost (originally published as Once Was Lost), Samara’s father is a minister, and her mom is in rehab. The characters are so richly drawn and fully realized that Samara’s subsequent struggle with her own doubts in the midst of a mysterious disappearance in her home town never becomes preachy, or shies away from hard questions or issues. It’s a fantastic example of how to write a kid who attends youth group—but isn’t just that.

A character needn’t experience religion as a sinister opiate of the masses, nor are all church-going people of faith Bible-thumping, evangelical, fire and brimstone types. Some live by a personal code of ethics guided by their beliefs, quietly helping others.

Holly Goldberg Sloan’s I’ll Be There (and it’s forthcoming sequel Just Call My Name) features just such a family. The story begins with Emily Bell singing a solo in church and catching sight of a young man in crisis. As Emily’s family comes to the aid of Sam and his little brother, Riddle, Sloan weaves themes of social justice into prose that crackles with humor, warmth, romance, and heart-pounding action.

3. Not every book that includes a religious character has to be a book about religion.

Not all people of faith go to church each time the doors are open.

Jill Alexander’s The Sweetheart of Prosper County features a girl named Austin from a tiny Texas town struggling with the loss of her Dad, and her own desire to be popular. There’s no big come-to-Jesus moment, but Austin often remembers to follow her Mom’s advice in tough situations and “pray the problem.” With this simple, pitch-perfect detail Alexander opens our hearts and minds to the experience of a teen girl who believes there could be value in asking for help from a higher power.

4. Not every book about religion has to be a book religious people would like.

We need books that dare to ask the questions about faith with which teens often struggle.

In Pete Hautman’s Godless (National Book Award, 2005) Jason Bock quits his parents’ Catholic church and founds his own religion, enlisting friends to come and worship the water tower in the center of town. When Jason loses his grasp on the religious ceremony he’s instituted, things take a dangerous turn. Hautman seamlessly layers in questions about the control of religion in our lives without preaching a gospel of his own. There’s a healthy dose of skepticism in this book, but it’s rooted in character—not shouted from the author’s soapbox—and the result is a riveting loss of faith story.

5. Not all religion is a relic of the past.

If you’re writing fantasy or science fiction set in a distant future, don’t be afraid to address issues of faith. If the human species is present, chances are religion will be, too. Don’t automatically leave it out of your world building.

Rae Carson’s The Crown of Embers is part of her Girl of Fire and Thorn series, and features Elisa, a princess turned war queen, several thousand years in the future. The plot of the book involves a lost colony of religious refugees, and the Scripture Sancta which the author based on the Bible. An atheist and humanist herself, Carson says that “so long as religion exists in the world, it will exist in my books…I think it’s tragic when teenagers can’t find themselves in fiction.” (You can read a great interview with her about this subject here.)

If you have questions for Aaron, post them in the comments section below! He’ll choose a selection and answer them through video later in 2014.

Aaron Hartzler is the author of over 5,000 tweets, and Rapture Practice, a memoir for young adults about growing up gay in a fundamentalist evangelical home. He lives in Southern California with his fiancé Nate and their two dogs, Charlie and Brahms. You can find him online at http://www.aaronhartzler.com.