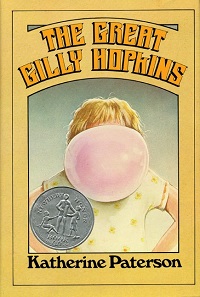 Paterson, who served as the second National Ambassador for Young People’s Literature, won a Newbery Honor for this book in 1979. Her son, David Paterson, will serve as a producer and pen the script for this film project. Back in 2007, David produced and wrote the screenplay for the Bridge to Terabithia movie.

“Gilly tells the story of a wisecracking, gum-chewing 12-year-old (Nelisse), who is moved from foster home to foster home, outwitting them all. When she is placed in the home of Maime Trotter, the most unorthodox foster mom yet (Bates), Gilly battles her way out, but her life takes an unexpected turn. West End describes the pic as a ‘side splitting, cocky and big-hearted story about a headstrong girl who wants to find a place to call home.'”