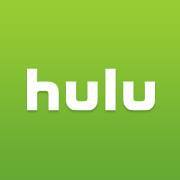 NEW YORK, NY – December 23, 2013 – Scholastic Media, a division of Scholastic Inc. (NASDAQ: SCHL), the global children’s publishing, education and media company, announced today a non-exclusive agreement that makes Scholastic Media’s iconic television series, The Baby-Sitters Club®, I SPY® and Horrible Histories® available on the Hulu Plussubscription service.  Each of the series is based on the company’s best-selling publishing programs. This marks the first time that Scholastic content will be available on Hulu Plus; Hulu Plus began offering commercial-free children’s programming in 2012 with Hulu Kids (Hulu.com/Kids).

The Baby-Sitters Club, based on Ann M. Martin‘s children’s book series of the same name, originally aired on the The Disney Channel and was also broadcast on HBO Family; all thirteen episodes were also released to home video.  I SPY ran for 8 seasons on HBO Family; it is based on the award-winning books by Jean Marzollo with photographs by Walter Wick – which currently boast more than 49 million books in print. Horrible Histories follows the animated adventures of Stitch and Mo as they go back through time; inspired by the best-selling book series by Terry Deary with illustrations by Martin Brown, this clever take on history delights viewers of all ages.

Scholastic Corporation (NASDAQ: SCHL) is the world’s largest publisher and distributor of children’s books and a leader in educational technology and related services and children’s media. Scholastic creates quality books and ebooks, print and technology-based learning materials and programs, magazines, multi-media and other products that help children learn both at school and at home. The Company distributes its products and services worldwide through a variety of channels, including school-based book clubs and book fairs, retail stores, schools, libraries, on-air, and online at www.scholastic.com.