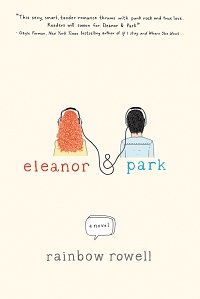 “Earlier this year, the book had been selected by the school librarians of the Anoka-Hennepin district as well as the librarians at the Anoka County Public Libraries for the joint Rock the Book Summer Read Program, during which many teens in the community, a Minneapolis suburb, had read the work. Rowell was set to speak to students in the district at both the school and the public library during Banned Books Week (September 22–28), but her invite was rescinded amidst the book’s challenge. Rowell was reinvited to the region a month later—this time for speaking engagements in St. Paul, co-sponsored by the St. Paul Public Library and Metropolitan State University.”

Read more at the Star Tribune▸▸