That Hope: Matt de la Peña and the Tough Guys Who Write Stories 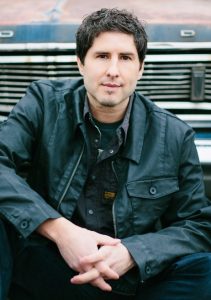 Matt watched Joshua closely — unsurprisingly, as Matt also grew up as a reluctant reader trying to maintain a tough-guy image. In Matt’s case, and in Joshua’s, he also turned out to be the kid who wrote stories or poetry in secret.

“I started my talk by describing my own early struggles in school. I was nearly held back in second grade because I ‘couldn’t read,’ which shattered my confidence. For a long time after that experience I viewed myself as unintelligent — and the most difficult definition to break free from, I told the students, is self-definition.