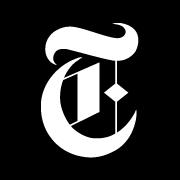 “Poorer kids are more likely to have a single teenage mom who is stressed out, who was herself raised in an authoritarian style that she mimics, and who, as a result, doesn’t chatter much with the child. Yet help these parents, and they do much better. Some of the most astonishing research in poverty-fighting methods comes from the success of programs to coach at-risk parents — and these, too, are part of Obama’s early education program. ‘Early education’ doesn’t just mean prekindergarten for 4-year-olds, but embraces a plan covering ages 0 to 5.”