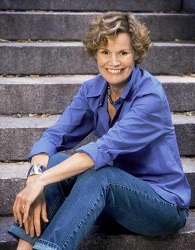 “In 2004, the New Atlantic Independent Booksellers Association established a Legacy Award in recognition of those individuals whose body of work contributed significantly to the realm of American arts and letters. Candidates for this award were to either reside in the region served by the New Atlantic Independent Booksellers Association, or who created work that reflected the character of the geographical area so represented, and the spirit of the independent bookselling community found therein.”

Read More at the NAIBA website▸▸