Darkness Should Be Visible: Robin Wasserman on How “Stephen King Saved [Her] Life” 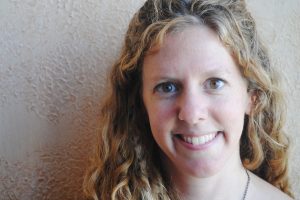 Wasserman makes the point, contested and defended a few times in recent years, that darkness in children’s books is not only valuable, but necessary. She argues that Stephen King’s adult books speak to teenagers because of their unique willingness to pit adolescents against grisly horrors — and often to show them emerging, as people do from adolescence, bloody but victorious.

“Stephen King saved my life strictly in the sense that after an especially humiliating junior high school afternoon (acid-washed jeans, a chair puddled with red paint, you get the rest), it was re-reading ‘It’ that persuaded me not to run away and join the circus. Or at least not to quit school and get a job at the Gap. If the Losers Club could defeat knife-wielding bullies and a monstrous sewer clown, I reasoned, then surely I could take a stab at surviving the junior high cafeteria.”

“The best of King’s teen characters are on the younger side of the spectrum, 12 or 13—unquestionably adolescent (with their crushes, their awkward sexual encounters, their dramatically awkward puberties) but still getting used to the idea. He seems less interested in the 16-year-old heart of the teen experience than on its liminal zones—adolescence not as a state unto itself but as a twilight crossing between light and dark, youth and age. For King, childhood is magic, adulthood the silence left in its wake. Adolescence is interesting only as a consequence of the tensions between the two: one long, drawn out day the music died.”

“King’s teenagers are exactly that, a collision of innocence and experience, and the uneasy tension between the two is what gives the best of his books their narrative energy. He’s not interested in boundary drawing, in creating a narrative space for teenagers as easily demarcated as the shelves in Barnes & Noble. For him there are no boundaries, or rather, there is nothing but boundary—no space in between, just two warring forces and battles they wage.”

Read the full article at The Atlantic ▸▸