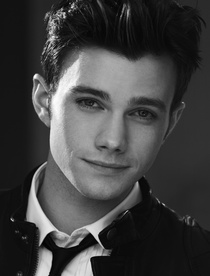 NEW YORK–On the heels of the international success of his Land of Stories series, #1 New York Times bestselling author and award-winning actor Chris Colfer will publish two new books in the popular series, as well as his debut picture book, with Little, Brown Books for Young Readers, it was announced today by Megan Tingley, Executive Vice President and Publisher. The acquisition for world rights was made by Andrew Smith, Senior Vice President, Deputy Publisher, and Alvina Ling, Executive Editorial Director, who will edit the books, with Colfer’s literary agent, Rob Weisbach of Rob Weisbach Creative Management, acting on behalf of Colfer.

Book Three in Colfer’s Land of Stories series is scheduled to be released in fall 2014 with the fourth book following in 2015. Both books will be simultaneously available in hardcover, ebook, and audio book editions. In addition, Colfer will publish an original picture book, The Curvy Tree, in spring 2015. Illustrated by Brandon Dorman, the picture book will be based on a tale from Colfer’s The Land of Stories: The Wishing Spell, which brought readers on a quest filled with magic spells, laugh-out-loud humor, and page-turning adventure.

In response to the overwhelming enthusiasm and fan excitement for the Land of Stories series, Colfer is inviting fans to decide which city he will visit for a newly added tour stop for The Land of Stories: The Enchantress Returns. Beginning October 17 through November 1, fans will have the opportunity to vote to decide which city in the US will win a book signing with Chris Colfer. Fans can vote once a day, each day atTheLandofStories.com. The city with the most votes will not only host Colfer’s final book signing on his Fall 2013 tour, but customers at the event will be the first to learn the official title of The Land of Stories book three.

“The Land of Stories has been an incredible journey for me as a writer, and I am so happy the series has a home at Little, Brown Books for Young Readers,” remarked Chris Colfer. “The fan support and love for these characters has been more than a dream come true—I’m humbled and excited to be able to share these new adventures with my readers.”

“Beginning with his spectacular turn hosting the BookExpo America Children’s Breakfast in 2012 and continuing with the excellent critical reception of his books, Chris Colfer has proven he is an exceptionally talented and committed author with a passionate fan base,” commented Megan Tingley. “We look forward to sharing more enthralling tales from the Land of Stories with his legions of fans.”

Hailed as a “comic and ironic adventure” by USA Today and praised for “its combination of earnestness and playful poise” by the New York Times Book Review, the Land of Stories series combines our modern-day world with the enchanting realm of classic fairy tales. Through the mysterious powers of a cherished book of stories, twins Alex and Conner Bailey leave their world behind and find themselves in a foreign land full of wonder and magic, where they come face-to-face with the characters they grew up reading about. The Land of Stories: The Wishing Spell launched in July 2012 and shot to the #1 spot on the New York Times Bestsellers List. The Land of Stories: The Enchantress Returns, published in August 2013, is a New York Times bestseller as well.

Chris Colfer is a #1 New York Times bestselling author and a Golden Globe–winning actor best known for his role as Kurt Hummel on Glee.He was honored as a member of the TIME 100, Time magazine’s annual list of the one hundred most influential people in the world, and his books include Struck By Lightning: The Carson Phillips Journal, The Land of Stories: The Wishing Spell, and The Land of Stories: The Enchantress Returns.