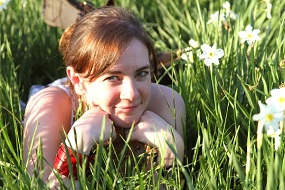 New York, NY — September 10, 2013 — Scholastic, the global children’s publishing, education and media company, announced today that it has acquired world rights to Sinner by #1 New York Times bestselling and Printz Honor winning author Maggie Stiefvater. Sinner, a companion book to the internationally bestselling Shiver Trilogy, which has more than 1.8 million copies in print, will be published on July 1, 2014. Sinner will be published simultaneously in the United States, United Kingdom, Australia, New Zealand, and Canada. The deal was negotiated by Laura Rennert from Andrea Brown Literary Agency and David Levithan, VP/Publisher and Editorial Director at Scholastic.

“Legions of fans – myself included – have wanted Maggie to return to the world of Shiver, and now she’s found an ingenious, sexy, utterly compelling way to do it,” says David Levithan, VP/Publisher and Editorial Director, Scholastic Press.  “This isn’t so much a re-visitation as it is a reinvention, with Maggie taking readers to many places they’ve never been with her before. There is nothing quite so amazing as Maggie Stiefvater at the top of her game.”

Author Maggie Stiefvater says, “For me, finishing the Shiver trilogy was a bittersweet moment — I knew that I wouldn’t be returning to Mercy Falls once Sam and Grace’s story was over. But Cole and Isabel still lurked in the back of my mind. Both of them were only half-fixed at the end of the trilogy, and I wanted to know if they could be fixed the rest of the way.”

Entertainment Weekly has called Maggie Stiefvater, “one of the finest YA novelists writing today.” Maggie Stiefvater is a writer, artist, and musician and the New York Times bestselling author of Shiver, hailed byPublishers Weekly in a starred review as, “a lyrical tale,” and by BookPage as, “beautifully written, even poetic at times, and a perfect indulgence for readers of all ages.” There are more than 1.8 million copies of the Shiver trilogy in print. Since publication, rights to thirty-six foreign editions of Shiver have been licensed. Linger, the second book in the Shiver trilogy, debuted at #1 on the New York Times Bestseller list. The Scorpio Races (2011) was named to the following best of the year lists for 2011: Publishers Weekly, School Library Journal, The Horn Book andKirkus Reviews. In addition, The Scorpio Races was named a 2012 Michael L. Printz Honor Book by the American Library Association and a New York Times Notable Children’s Book. Time Magazine called, The Raven Boys, Book #1 in Stiefvater’s latest New York Times bestselling series The Raven Cycle, “A flirtier kind of horror-fantasy, aimed at teens clutching tattered Twilight and Sandman paperbacks….Stiefvater’s quirky prose has ample nerdy pleasures.” The Dream Thieves, Book #2 in the Raven Cycle, will be published on September 17, 2013.  Stiefvater lives in Virginia with her family. You can visit her online at www.maggiestiefvater.com and follow her on Twitter @mstiefvater. For more information, please visit: http://mediaroom.scholastic.com/maggiestiefvater