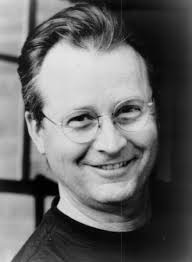 New Cover My second novel, Under the Blood-Red Sun (1994), is about the power of friendship as seen through the eyes of two young boys in Honolulu when Pearl Harbor is bombed. One is Billy, a white boy, who’d moved to Hawaii from California, and the other is his best friend, Tomi , a Japanese boy born and raised in the islands. I wrote the first draft of this novel from Billy’s point of view, figuring, well gee, I’m a white guy … I had to write it from Billy’s point of view.

But that first draft wasn’t working; the editorial letter said, in effect, “This novel has no heartbeat. Try again.”

So … should I start over, or chuck the three hundred pages and move on to something else? That may sound like a tough decision, but it wasn’t, because I realized that my problem was really quite simple: I’d written the book from the wrong point of view. This was Tomi’s story, not Billy’s.

But could I, a Caucasian, write a novel in first person from the point of view of a young Japanese-American boy? I had an audience of young readers that would very likely believe that I actually was Tomi, and must be Japanese. If they were to ever actually see me they might feel betrayed! And what about reviewers and other adults? “The nerve!”

Still, the idea of changing point of view made perfect sense. The problem with my first draft was that I knew very little about a boy from California. And I knew close to everything about a Japanese boy in Hawaii, because I grew up there and had Japanese friends. I knew Tomi. I knew what he ate, how he spoke, what his traditions were, how he treated his family, even his dog. Eventually, I knew his hopes and dreams. In effect, I became Tomikazu Nakaji.

This was exciting! And scary. I could get clobbered for thinking like this.
But so what?

I felt such an urgency to tell Tomi’s story that I jumped into his head and began an entirely different novel. I shared it with Japanese friends in Honolulu to make sure that the details of culture and language were correct, and that I hadn’t written anything that a Japanese-American reader would find offensive.

The book was well-reviewed, and won the Scott O’Dell Medal for historical fiction, among other prizes. I‘ve published about twenty novels so far, and Under the Blood-Red Sun remains the most popular, with hundreds of thousands of copies sold … all because getting into the right character’s head, no matter what his cultural background, gave it a heartbeat.

Tomi’s story inspired a group of stand-alone novels about Japanese-Americans from Hawaii during World War II, which includes House of the Red Fish, Eyes of the Emperor and the forthcoming Hunt for the Bamboo Rat. I plan to write at least two more books under the overall series title of “Prisoners of the Empire.”

I’ve been waiting twenty years for someone to get all riled up at me for thinking that I could write “outside of my race,” and I have yet to receive a single complaint about any of these books.

When I created my Calvin Coconut series, I had the same problem. I wanted my lead character to be multi-racial, as many, if not most, kids are in the islands. I wanted to write about them. They deserved to be represented in the world of literature for young readers. Again, I became my character, and it was so easy because I was a lot like Calvin as a kid growing up in Hawaii. For me, what really matters is what a writer is made of, that he/she speaks from an earned place of authenticity where faking it is forbidden, if not impossible.

A writer writes, and doesn’t really worry much about complaints, anyway. We’re seeking the dramatic and emotional intricacies of life wherever and however we can find them. Our job is to explore them, enlighten ourselves, and try our best to move our readers. We may all look different, but we are all intimately and infinitely connected. We are one. We are beings with parallel heartbeats. The only race out there is the human one.

Graham Salisbury’s family has lived in the Hawaiian Islands since the early 1800s. He grew up on Oahu and Hawaii and graduated from California State University. He received an MFA from Vermont College of Fine Arts, where he was a member of the founding faculty of the MFA program in writing for children. He lives with his family in Portland, Oregon. You can visit him at his website www.grahamsalisbury.com.