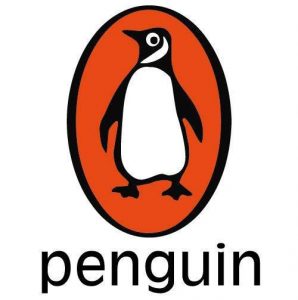 August 26, 2013 – Penguin Young Readers Group has acquired North American rights to the international bestselling Swedish children’s mystery series, The Whodunit Detective Agency (originally published in Sweden as Lasse Maja’s Detective Agency). Written by Martin Widmark, who has been dubbed “the children’s Agatha Christie” (Helsingborg Daglad newspaper) and illustrated by Helena Willis, the series has sold more than 2.5 million copies worldwide and has been translated into nearly 30 languages. The deal for eight books, with an option for more, was brokered by Seth Fishman at The Gernert Company and Sarah Fabiny, Editor-in-Chief, series and licenses at Grosset & Dunlap, an imprint of Penguin Young Readers Group. The first two books will be published in August 2014.

Aimed at readers ages 7-10, the Whodunit Detective Agency series has topped the Swedish bestseller lists for several years and has been adapted for TV and film. Filled with fun, full-color illustrations, the chapter books focus on classmates and best friends Jerry and Maya, who, in their spare time, run a detective agency in their small town. The town’s police chief has trouble getting to the bottom of the mysteries, so he calls upon Jerry and Maya to save the day with their superior detecting skills and powers of deduction.

Sarah Fabiny said, “As the publisher of the Nancy Drew and Hardy Boys series, Grosset & Dunlap is always looking for new children’s mysteries. We were hooked as soon as we read the first book in the series.  Jerry and Maya make a fantastic team – both as friends and detectives. The books are fun, fast-paced, and perfect for boys and girls who are fans of detective stories.   We’ve no doubt that young readers looking for a bit of mystery and humor will be as hooked as we are.”

Martin Widmark commented, “It’s a dream come try to have The Whodunit Detective Agency published in the U.S. by Penguin Young Readers Group. It will be a true adventure!”

Martin Widmark was born in 1961 in Sweden and today lives in Stockholm with his family. He has worked as a middle school instructor and a Swedish teacher for immigrants, but he is now a full-time children’s book author. Over his career, he has also written several text books. He is fascinated by life’s little oddities and anything unique, from food and music to languages and people. Widmark is considered a literary giant of contemporary children’s fiction in Sweden. Both his Nelly Rapp and Lasse Majas (translated to Jerry Maya) series are consistently on the best seller lists and have received critical acclaim. His books have been translated into nearly 30 languages.