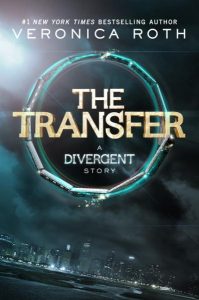 The titles for the story are as follows: “The Transfer,” “The Initiate,” “The Son,” and “The Traitor.” HarperCollins will release a digital edition of the first story, “The Transfer,” on September 3, 2013. The publisher will also print all four stories in a paperback book entitled Four: A Divergent Story Collection; this collection is scheduled to come out on February 11, 2014.