Scholastic to Publish The Finisher by David Baldacci 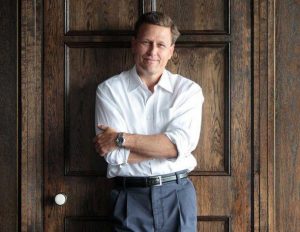 “It was my long-held dream to write this story and I am thrilled to be working with a world-class publisher like Scholastic to bring it to readers everywhere,” said author David Baldacci.

“David Baldacci has captivated millions of readers worldwide with his page-turning thrillers. His new venture into the fantasy genre is equally mesmerizing, and every bit as exciting—all trademarks of this talented writer,” said Ellie Berger, President, Scholastic Trade. “We are delighted to be working with David again, and look forward to introducing the young fans of fantasy and adventure to the imaginative world of Vega Jane.”

“It was the best kind of surprise to discover that an author beloved for writing so brilliantly about our world has a secret love and talent for creating his own magic world,” said Rachel Griffiths, Executive Editor, Scholastic Press, who will edit The Finisher. “I’m excited that his millions of fans will have the pleasure of discovering that David’s talent has even more facets than any of us knew.”
About The Finisher
Fourteen-year-old Vega Jane lives in the village of Wormwood, where life is nasty, brutish and short. Villagers have been told that there is nothing outside of Wormwood except for the Quag, a foul forest filled with terrifying beasts. No one comes, no one goes, and Wormwood has stayed this way for generations— until Vega’s mentor Quentin Herms disappears. Quentin leaves Vega a secret message hinting that there’s a way out of Wormwood, and something extraordinary on the other side. As Vega begins to investigate, she realizes that Wormwood is a village built on dangerous lies. And that powerful people are willing to kill in order to keep it that way. Soon Vega is careening down a path that will either lead straight to the truth…or straight to an early grave.
About David Baldacci
David Baldacci left a well-established law practice in Washington, D.C. to become one of the world’s bestselling authors, with his books published in over 45 languages and in more than 80 countries, and over 110 million copies in print. His first novel, Absolute Power, was made into a movie starring Clint Eastwood and Gene Hackman. Since then he has written 25 novels, all of which have been national and international bestsellers. Baldacci’s King & Maxwell series was made into a TV series and premiered on the TNT Network in June 2013. His forthcoming novel for adults, King & Maxwell, will be released by Grand Central Publishing on November 19, 2013. In 2012, Baldacci wrote the screenplay for and co-produced Wish You Well; the film, adapted from his bestselling novel of the same title, stars Academy Award winner Ellen Burstyn, Josh Lucas and Mackenzie Foy. His most recent book for young readers, Day of Doom, the final book in the bestselling multi-platform The 39 Clues®: Cahills vs. Vespers story arc, was published by Scholastic in March 2013. In 2011, Baldacci became a member of the prestigious Kindle Million Club. While he is involved with several philanthropic organizations, his greatest efforts are dedicated to his family’s Wish You Well Foundation®. Established by Baldacci and his wife, Michelle, the Wish You Well Foundation supports family and adult literacy in the United States by fostering and promoting the development and expansion of new and existing literacy and educational programs.