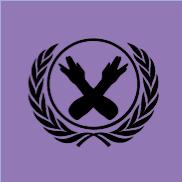 “By the end of April I had two videographers (Kayla Sprayue and Paul Weller) and a faculty advisor (Sonny Wingler) on board! I created a website and social media pages. In late April, Kayla and I filmed a video that explained what I wanted to do for the film. The video also asked Nerdfighters to help by participating in a social media campaign to gain permission from the Vlogbrothers to make the film. In the end it took less than 24 hours to get a response, via Twitter, from John Green.”