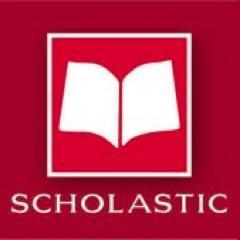 “Nobody does it better than Ally Carter when it comes to mixing international intrigue, clever suspense, and characters that tween and teen readers care about deeply,” said David Levithan. “She always has a trick or twelve up her sleeve, and I for one can’t wait to see what she comes up with this time.  I know it’s going to be fantastic.”

“Embassy Row is a story and a world that I have wanted to write for years,” said Ally Carter. “I’m absolutely thrilled to be working with Scholastic for what I hope will be a fantastic new adventure for both my readers and me.”

This exciting new series focuses on Grace, who can best be described as a daredevil, an Army brat, and a rebel. She is also the only granddaughter of perhaps the most powerful ambassador in the world, and Grace has spent every summer of her childhood running across the roofs of Embassy Row. Now, at age sixteen, she’s come back to stay— in order to solve the mystery of her mother’s death.  In the process, she uncovers an international conspiracy of unsettling proportions, and must choose her friends and watch her foes carefully if she and the world are to be saved.

Ally Carter is the New York Times Bestselling author of the Heist Society series and the Gallagher Girls series, which together have sold more than two million copies and have been published in more than twenty countries.  She lives in Oklahoma where her life is either very ordinary or the best deep-cover legend ever.

Scholastic Corporation (NASDAQ: SCHL) is the world’s largest publisher and distributor of children’s books and a leader in educational technology and related services and children’s media. Scholastic creates quality books, print and technology-based learning materials and programs, magazines, multi-media and other products that help children learn both at school and at home. The Company distributes its products and services worldwide through a variety of channels, including school-based book clubs and book fairs, retail stores, schools, libraries, on-air, and online at www.scholastic.com.