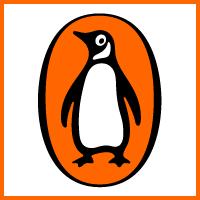 New York, NY (June 11, 2013) Building on the successful launch of the “Penguin Young Readers” leveled reading program, Penguin Young Readers Group is pleased to introduce a free app on the iOS platform. The Penguin Leveled Readers app delivers the best authors, illustrators, and brands from Penguin Young Readers Group’s individual imprints, and features a traditional numbered leveling system, as well as the Guided Reading leveling system, to ensure quick recognition for educators, parents, and kids. The enhanced editions available on the app come with their own narration, as well ‘draw and record’ technology that will allow users to create interactive hotspots and record their own stories and sounds.

Penguin Leveled Readers will launch with seventy-five titles and will include classics such as Black Beauty by Anna Sewell, as well as books featuring beloved characters such as, Young Cam Jansen by David Adler, Amanda Pig by Jean Van Leeuwen, and Tomie dePaola’s The Barker Twins.

Each book’s fun and informative narration will delight budding readers for hours. This app then goes one step further, by allowing users to record their own stories and sounds with their device’s microphone. Up to three versions of these personalized narrations can be saved to each book, so the whole family to get in on the fun.

Penguin Leveled Readers is a free iOS app for iPhone, iPad and iPod Touch. A book from each level is free and the collection can easily be expanded upon whenever the young reader is ready to progress to the next level via the in-app store.

Each Penguin Young Readers book is assigned a traditional, numbered, easy-to-read level (1-4) as well as a Guided Reading Level (A-P). The traditional leveling system 1-4 was created to satisfy parents and educators who are accustomed to this conventional branding. To further bolster the educational value of this new reader line, Penguin has also added descriptive language to each level: Level 1 = Emergent Reader, Level 2 = Progressing Reader, Level 3 = Transitional Reader, Level 4 = Fluent Reader. In addition, the books are leveled by independent reviewers applying the standards developed by Irene Fountas and Gay Su Pinnell’s Guided Reading system, which is used in classrooms across the country.

Full information about Penguin Leveled Readers and the “Penguin Young Readers” leveled reading program, including detailed information about each level, videos, curriculum guides, and more, can be found at www.penguinyoungreaders.com.